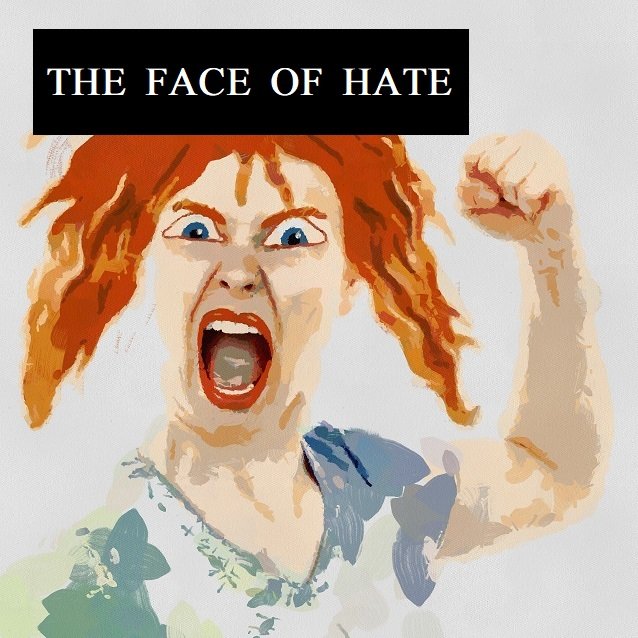 The Board of Ethics is obligated to preserve the credibility of registered perfectionists by holding them accountable to the public. The Board does this by offering recourse to the general public against any registered perfectionist who violates the Nobility International Code of Ethics (NICE) and by protecting all perfectionists from aristophobic defamation, persecution, and hate. Whereas the Board investigates violations of the NICE, the conclusions of these investigations are shared with the Nobility International Dollar Agency (NIDA) for enforcement, if applicable. For more information about the NICE and NIDA, please visit our frequently asked questions.

As many licensed consultary professionals (accountants, lawyers…) will note, regulatory organizations are too often used as weapons of propaganda spewed by disgruntled clients. Although such organizations would disagree with that assessment, they would agree that they have an ethical responsibility to take a hard stance against bigotry in all of its forms when assessing a complaint. Aristophobia is hostility to, prejudice, or discrimination against excellence, and in turn, any perfectionist with an affinity for excellence, namely a Noble or Aristophile. A person who holds such positions is called an aristophobe. Depending on the context, aristophobia can inclusively be a manifestation of (or an excuse for) racism, religious discrimination, misogyny, class hatred, or misanthropy. Those are not the values of Perfect Society.

Aristosexism refers to gender-based aristophobia against perfectionists, usually women. The most famous manifestation of this is rape culture, which is more accurately referred to as socio-sexual subversion (a leading root cause of the Global Slavery Crisis). Currently, AntiPerv (short for Anti-Pervert Action) stands as the leading grassroots social movement initiated by the moderate centrist Global Warning organization and aimed at protecting young innocent girls from sexual perverts in positions of professional, corporate, and political influence in Western institutions.

Whereas the Nobility International‘s Open Source Intelligence Consortium (OSIC) is concerned with the protection of women all around the world, AntiPervs focus on protecting women specifically in the West. The events involving Jeffrey Epstein‘s pedophile honeypot have demonstrated that we cannot be sure as to the percentage of Western influential figures that foreign intelligence agencies have dirt on, especially within the capital of the declining American empire. Based on the names leaked in the “Lolita Express” list of celebrity names, rape culture appears to be endemic to Washington D.C., New York City’s financial district, cable news, academia, Hollywood, and the U.S. justice system. What percentage of these figures are compromised and why are so many of them in positions of influence in the West? This question must be answered to address the systemic nature of socio-sexual subversion, and more broadly, aristosexism in its entirety.

A classic example of aristosexism that does not involve sexual perversion is the hateful erasure of Gabrielle Suchon‘s philosophical intellectual works from the Enlightenment era. She was of Noble descent, a self-proclaimed Aristophile, and is almost universally remembered as the the first intellectual “to produce a significant body of work dedicated solely to the topic of women”, by virtually all serious historians. She is commonly referred to as a feminist before feminism existed.

However, that claim is slightly misleading, as feminism means different things in different periods of history. For example, most women would agree with Suchon’s writings on women having the same rights as men, whereas very few women want to associate themselves with what the feminist movement has become in the 21st century: angry unhygienic women with bizarre hair colors. Suchon’s brand of female advocacy is referred to as aristofeminism to differentiate, disassociate, and disavow itself from ugly disgruntled feminists who are jealous of Aristophilian Ladies. Aristofeminism is for beautiful Aristophilian Ladies who respect themselves enough to showcase their prestige by carrying themselves with class and elegance.

There are 2 forms of racial aristophobia. The first is prejudice against Nobles as a race, rather than Nobility as a religion or as an aristocratic humanitarian institution. The second instance of racial aristophobia is the idea of aristophilia as a community reserved exclusively for Nobles, often promoted by hateful race radicals; such radicals are typically, but not always, a product of the violent sex perverts on the far left of the political spectrum.

Social aristophobia refers to the systematic practice of deconstructing cultural and material standards under the guise of tolerance. In the context of critiquing contemporary culture, it is referred to as erronormativity; thus, it is a backwards relic of the contemporary age. Today in the Age of Beauty, it is seen as a lack of competence, intelligence, adequacy, or as a sign of ignorance. It is a backwards practice reflecting a different time, when sexual perverts held tremendous amounts of influence without accountability.

Deconstruction is meant to conceal the true malicious intent of aristophobes, which is to denigrate the reputation of perfectionists. This is done by falsely equating errors detected by perfectionists as evidence of their alleged discontent with society, and in turn, by maliciously portraying perfectionists as maladjusted people rather than the pioneers of 21st century perfectionism, the originators of the Perfectionment intellectual revival and philosophical movement, the vanguards of Noble Tech, the originators of aristodemia, the undisputed leaders in the development of an international universal basic income program (see NIDA), the original defenders of women’s well-being, and the only guardians of humanity against the Global Error Crisis.

The underlying premise of economic aristophobia is the fringe extremist conspiracy theory that perfectionists engage in nefarious business activities or that business activities are parasitic when performed by perfectionists. One of the most damaging and lasting aristophobic canards is the easily debunked allegation that Nobles control the world financial system. Moreover, perfectionists are erroneously portrayed as being universally wealthy, greedy, in control of the corporate world, pursuing power as a religious or philosophical ideal, and of using their power to benefit their so-called “cabal”.

Religious aristophobia, also known as anti-Nobility, is hatred against Nobles because of their perceived religious ideals. The key to understanding anti-Nobility is that it is a façade meant to cover up other forms of aristophobia, particularly racial aristophobia. This is evidenced by the fact that most Nobles are secular, and yet, they remain the victims of incessant aristophobic persecution and jealousy.

Political aristophobia stems from the intentional and heinous misinterpretation of the diplomatic role of the world Nobility with respect to the international community. It is customary within Noble culture to regard the Nobility as a guardian or custodian class for humanity – a class of people who are dedicated to the Perfectionment of humanity by using systematic error correction as a shield against the Global Error Crisis. Aristophobes intentionally and maliciously misconstrue that leading role to spread a ridiculous conspiracy theory alleging that the Nobility secretly controls the United Nations – a hateful defamatory statement that is taken seriously by absolutely no one outside sexually perverted social circles.

Medical aristophobia refers to the pathologization of perfectionism. The Wikipedia article on the pathology claims that “perfectionism drives people to be concerned with achieving unattainable ideals or unrealistic goals, often leading to many forms of adjustment problems” while simultaneously “striving for flawlessness and perfection”. Well, which is it? Are they pursuing unattainable ideals or are they striving for flawlessness? By definition, those 2 things cannot mix because the pursuit of unattainable ideals is itself a flaw. Worse still, 100% of academic research on perfectionism uses that self-contradictory definition as its foundational assumption. How did academia get something so obvious so wrong?

The dominant erronormative culture preceding the Age of Beauty was one of perfection denial propagated by sexually perverted swindlers who wish to provide an endless supply of progress (often referred to as progress puritanism) to gullible academics and professionals who desperately crave social status and pursue it with blatantly fake displays of compassion. In other words, those who erroneously proclaim that perfectionists concern themselves with “unattainable ideals or unrealistic goals” are operating under the preconceived religious notion that there is no such thing as perfection. Since that’s what they believe, it only makes sense that they will see the pursuit of perfection as unattainable or unrealistic. To put things in perspective, the “science” on the fake pathology of perfectionism has made the grand revelation that impossible things like perfection are impossible, the pursuit of the impossible is a pathology, and therefore, perfectionism is a personality disorder because perfection is impossible. Tautological argumentation and circular reasoning are 2 of the most common forms of logical fallacy that even a low-grade undergrad is taught to avoid which makes this level of scientific incompetence and anti-intellectualism in post-doctoral research so shocking.

The fact that those religious zealots in academic research cannot spot their obvious blind spots clearly demonstrates the ever-declining standards and lowering of expectations of academia that began with the erronormative and deconstructionist secular religion known as psychoanalysis – a fraudulent, widely discredited pseudo-scientific work of pedophilic sexual perversion that was designated by its own inventor as a “plague”. For reference, Sigmund Freud – a famous historical figure who clearly has the traits of a socio-sexual subversive – used psychoanalysis to deliberately reinterpret his patients’ experiences of childhood sexual abuse as being nothing more than the sexual desires and fantasies of prepubescent children.

Since Freud was cognizant of his sexually perverted ideology as nothing more than a “plague” (according to Freud), it speaks volumes as to his motivations, especially when considering that pedophilia is hereditary, his grandson Clement Freud was outed as a pedophile, and there have been (unproven) allegations to the effect that Freud molested his own daughter. Why did Freud tell “Dora” that her rejection of the sexual advances of an elderly pedophile was evidence of her repressed sexual urges? Was Freud a pedophile? Could it be that psychoanalysis (and its derived religious tenets like perfection denial) are meant to deconstruct sexual norms to the point that pedophilia becomes culturally acceptable? Freud’s ideas are responsible for countless politically-motivated medical misdiagnoses in the Soviet Union, and his evil sexually subversive political ideology was responsible for the deliberate genocide of up to 12 million innocent Ukrainian victims in the Holodomor (compared to the 6 million Jews in the Holocaust), mass rapes of civilian Germans and Poles in the aftermath of World War II, and recurrent war crimes.

Freud’s sexual subversion had an even more profound influence in Western academia. Today, the pop-culture sexualization of children is far more extreme than it ever was in the USSR; not only is the U.S. war machine – who has been at war almost every year since its inception – the only country to ever use nuclear bombs, but it did so against innocent civilians and only after its victim had already offered to surrender (more than once). The history of Freud shows us that sexual subversion goes hand in hand with genocide and sexual atrocities.